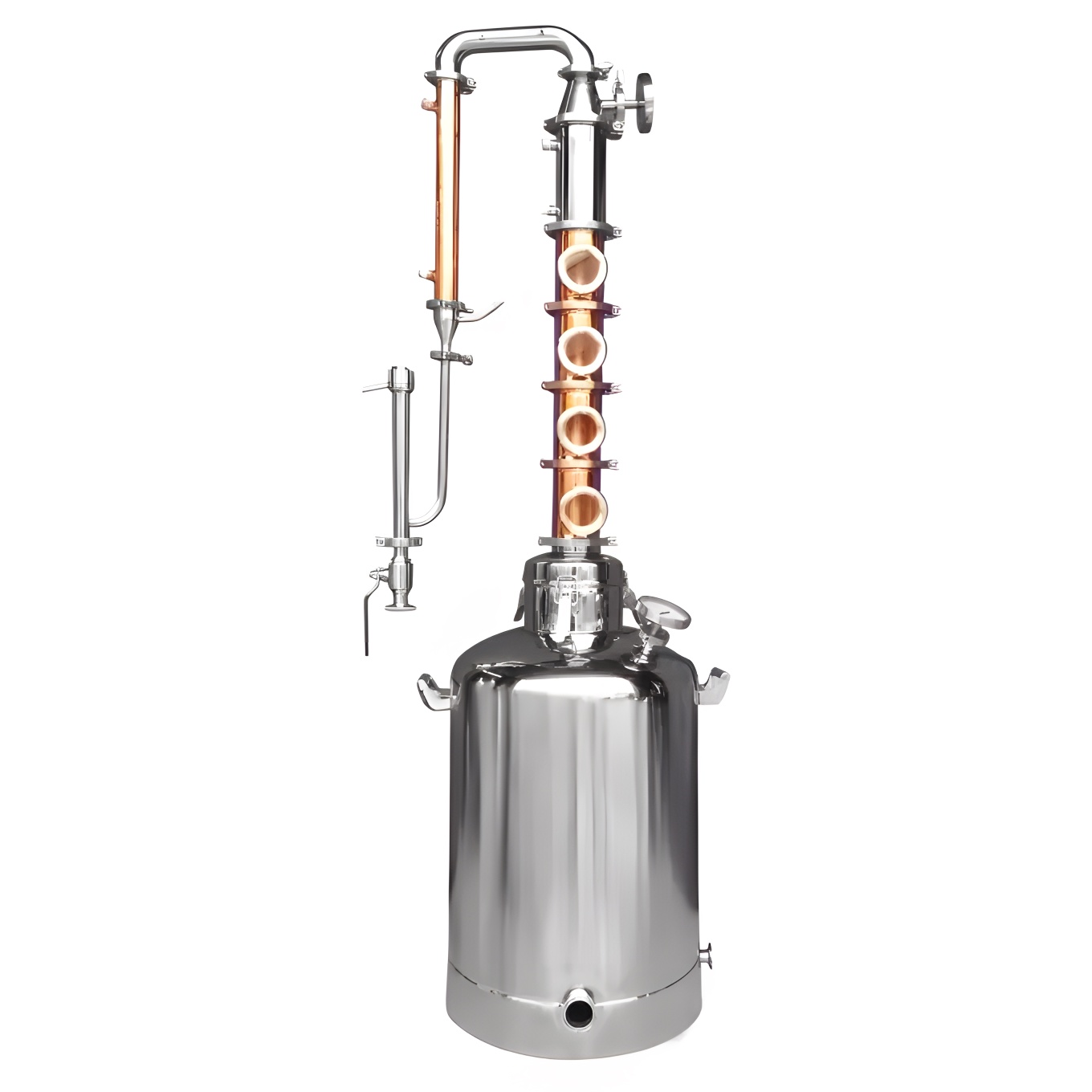 The column still is a type of distillation apparatus or still used in the distillation of alcoholic spirits such as whisky and rum It is a tall cylinder, usually made of copper, with a series of perforated plates or plates with perforated holes in them

The column still is a tool for making high-quality spirits. It is a type of distillation apparatus that consists of a column with a series of perforated plates.

Still, pot and still columns are made of red copper and stainless steel 304 material.

Food-grade materials can guarantee the taste of your spirits and safe food and beverage.

100L and 200L capacity of our home use alcohol distillery are hot sales in the past year of 2021, which will be a perfect option if you start the still as a beginner or just a hobbyist. 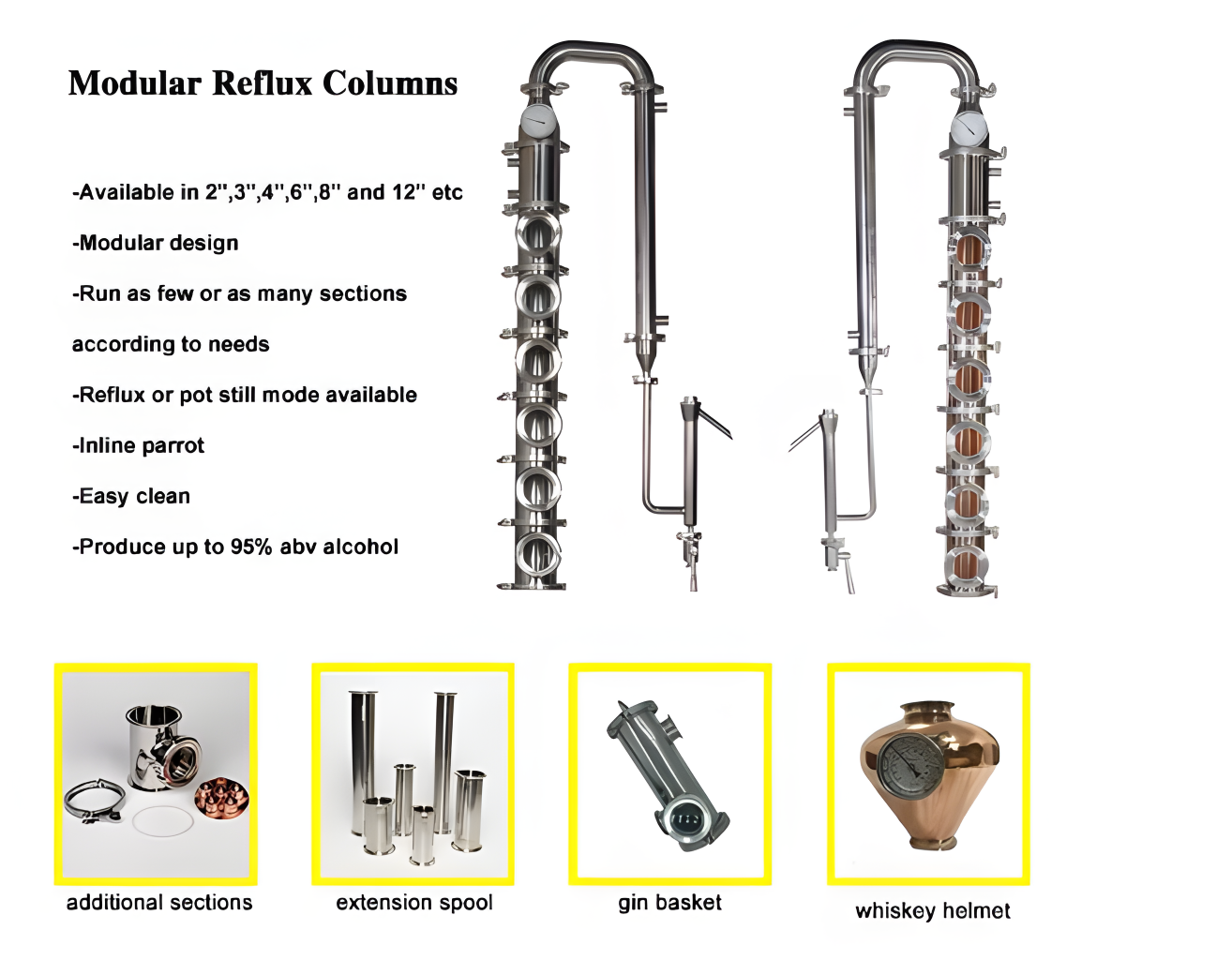 How do column stills work in spirits distillation?

Column stills are very tall, vertical, column-shaped vessels. The interior of all column stills is divided into several layers; each called a "tray." These plates have many holes so that liquor and steam can flow freely up and down inside the stills, and the liquor is heated and turned into steam to enter the stills.

Once the stills are started, the alcohol vapor flows up the stills. The vapors are liquefied at each layer, creating a liquid layer in each dish. The rising smoke is forced to boil as it passes through this layer of liquid, which in turn causes the vapor to pass through the previous layer of plates and flow upward again. Each layer undergoes this mini-type distillation and then, layer by layer, upward in successive distillations. As each layer is distilled, the alcohol concentration increases. Thus, the column can still distill nearly pure ethanol if there are enough layers. Column stills can be operated continuously and efficiently, so new liquor can be constantly produced.

How is the most straightforward column still constructed?

How to enhance the reflux degree of column stills?

The degree of reflux in a column can still be enhanced in three ways.

2. Install base spirit preheat piping between the distillation trays.

3. filling with recovered alcohol to promote the downward flow of liquid.