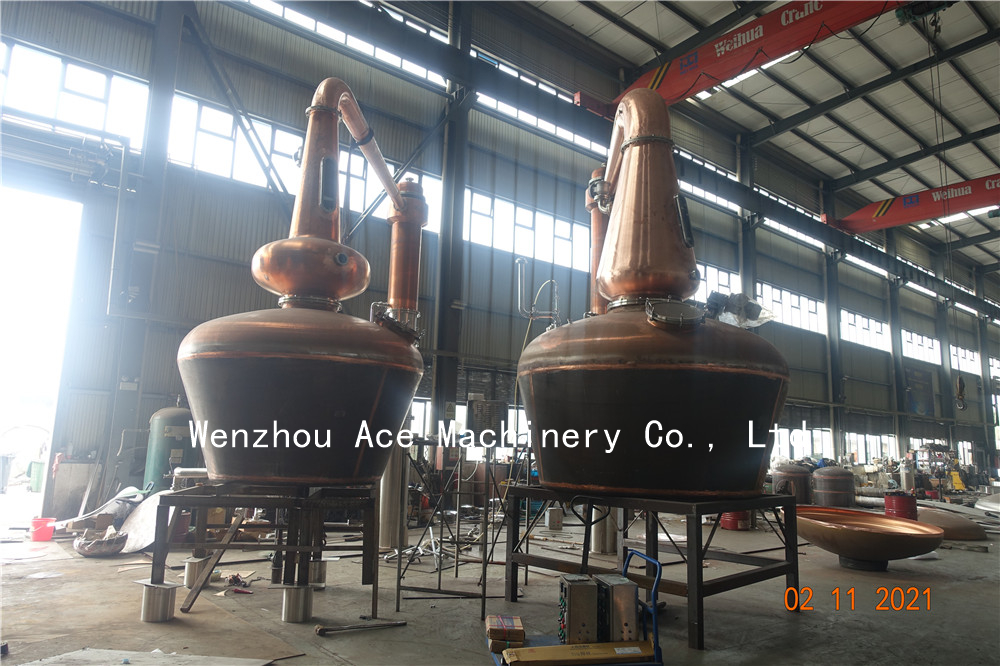 A pot still is a type of distillation apparatus or still used to distill alcoholic spirits such as whiskey, brandy, and vodka

Pot stills (Pot Stills) are the oldest distillation equipment, usually made of copper, copper in addition to good ductility, thermal conductivity, and corrosion-resistant characteristics; more importantly, the distillation of steam and copper action can be removed from the impurities, so that the quality of the wine cleaner.

It can be divided into four parts: copper pot, swan neck, condenser, and lain arm.

The principle of distillation: After the juice is heated, the alcohol is vaporized into steam using the code that the boiling point of alcohol is lower than that of water, and this steam rises to the neck tube of the still, which is like a chimney sticking out from the top of the pot. The vapor enters the condenser from the neck tube, where it is cooled and turned into a liquid.

The liquid distilled in a pot still, or new spirit, is higher in alcohol than the original spirit. Still, it requires several distillations to get a higher alcoholic liquor through nature, and the distillation efficiency is relatively low.

Single malt whisky must use pot stills; pot stills out of the liquid texture are thicker and can retain more of the various flavors produced during the fermentation process, including some whisky lovers like peat flavor. Hence, pot stills are more suitable for malt whisky.

Why are whiskey stills made of copper? 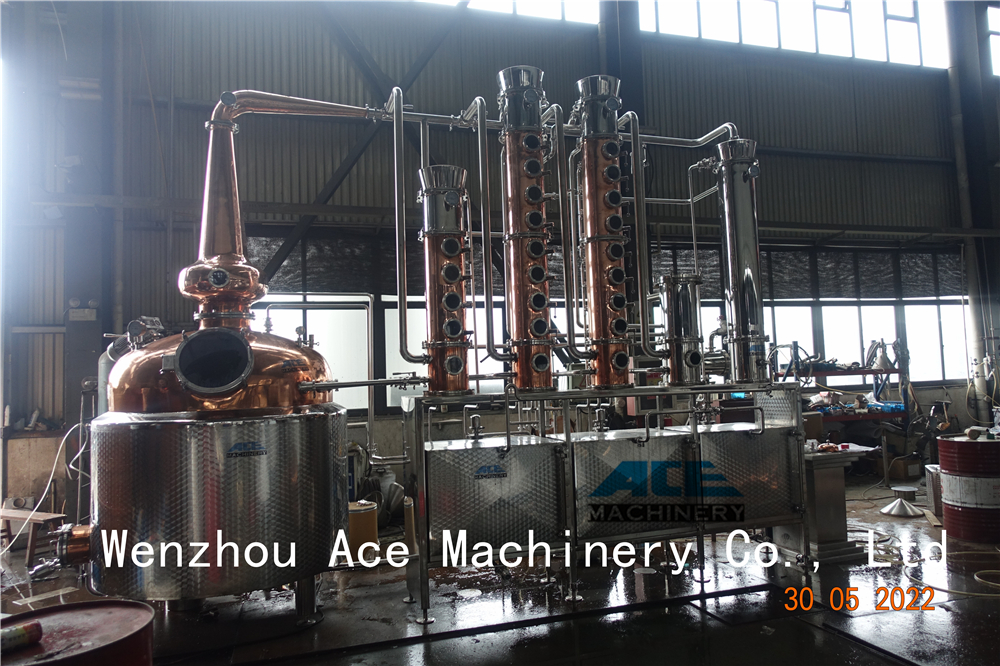 In the early days of whisky making, various materials with longevity and flexibility were used - such as ceramics and glass, due to material constraints.

But copper came later and soon replaced them as the ideal material. The reasons are simple:

This has often reminded distillers to keep trying newer, cheaper, and more durable materials, such as stainless steel, which have been tested among American distillers.

However, the early use of stainless steel as a distiller found the ludicrous fact: stainless steel material gives the original whiskey a sulfurous taste, which is not popular with consumers.

The relative "safety" of copper in the taste of whisky has been historically proven, and now distillers are proving its previously unknown benefits through trials.

Copper's properties allow it to react chemically in the walls of the stills to remove highly volatile sulfur compounds (mainly dimethyl trisulfide, an odor-causing substance that makes whisky smell bad), and it also helps with the formation of esters, which are an essential source of fruity notes in whisky.