how to make vodka

Vodka is a neutral spirit with no distinctive character, odor, taste, or color. These properties are determined by its distillation process or by treating the crude distillate with activated charcoal or other materials. Vodka that has been distilled may require further purification and refinement with activated charcoal or other materials. Vodka usually does not need to be aged and can be made from grain, potatoes, sugar, fruit, or anything that produces alcohol after fermentation. This makes vodka an economic spirit that can be easily made in a short time from readily available ingredients. 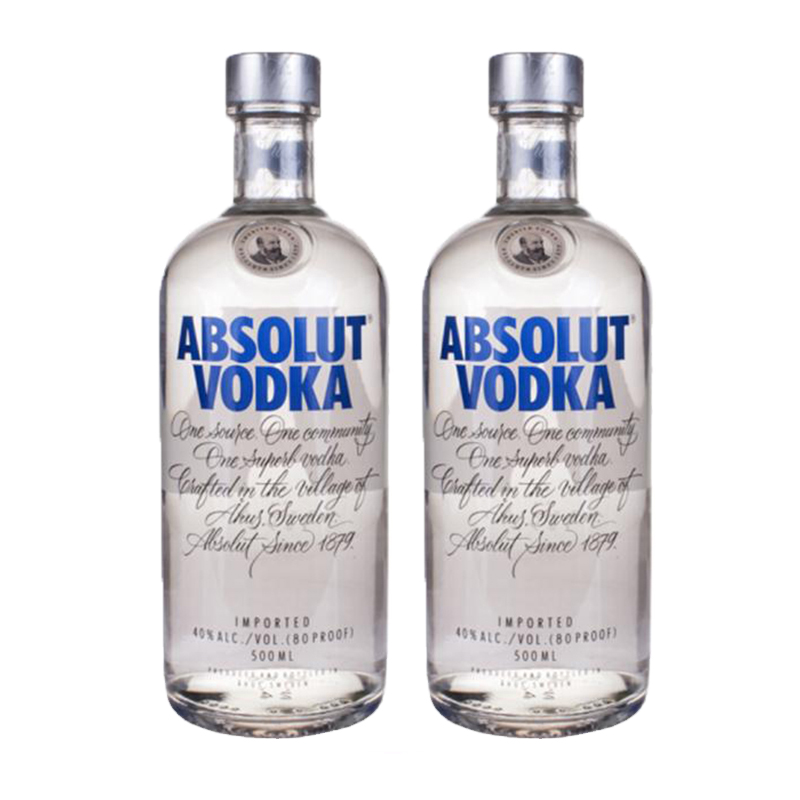 Tower stills are more complex and advanced than pot stills. According to the distillation design, one can be bought or made from off-the-shelf materials. However, tower stills and pot stills work in relatively similar ways. It is essential to understand that cooling water is usually circulated through a closed chamber in the distillation column, allowing volatile alcohols and other substances to condense down in the distillation column. This means that such a still needs to be connected directly to a water tap or to a mechanical pump to bring water to the still. If only a single water supply is provided without recirculation, making a small batch of vodka can use up thousands of gallons of water. If a pump recirculates water from a central reservoir, approximately 190 liters of water will be used, but the water will not cool as well when it gets hot. See the following sources and citations for high-quality instructional guidance on the construction and use of tower stills.

A simple pot still is similar to an autoclave with a line attached. They are easy and inexpensive to assemble. Unlike tower stills, which are essentially vertical distillation columns, pot stills use elbows or spirals that can be submerged in a vessel of cooling water. See the following sources and citations for high-quality instructions on the construction and use of pot stills.

Select the medium for fermentation and distillation. Vodka is usually made from wheat, rye, barley, corn, and potatoes. Sugar and molasses can also be used alone or added with other ingredients to make vodka. Rogue Distilling also creates a new type of vodka from red Pinot Noir. Whatever is chosen must be fermented by yeast to produce alcohol ultimately. When using grain or potatoes to make vodka, these need to be made into a pulp containing active enzymes that will break down the starch in the grain or potatoes into fermentable sugars. Juice already has sugar, so there is no need for amylolytic enzymes. Vodka made from ready-made sugar with fruit juice only needs to be fermented, not made into a pulp from the ingredients. When using a fermented medium such as wine, it can be steamed directly into the vodka.

Preparation of the pulp. When using grains or other starchy materials such as potatoes, it is necessary to make them into a pulp to convert the starch into fermentable sugar. Here are some basic principles to consider.

Grains and potatoes are the sources of starch. Starch needs to be broken down into sugars, fermented by yeast, and converted into alcohol.

You can buy food-grade amylase in homebrew stores and add it to the pulp to convert the starch into fermentable sugar. Use the recommended amount of amylase depending on the amount of starch to be broken down. When using amylase, it is not necessary to use enzyme-rich germinated grains such as grown barley or wheat.

For the enzyme to break down the starch, the starch has to be pasteurized first, even with enzyme-rich germinated grains. Flaked (rolled) grains are usually already pasteurized. Unpasteurized materials such as potatoes and unrolled or sprouted grains are pasteurized in hot water, reaching the pasteurization temperature of the particular starch. The potatoes are usually boiled to paste the starch before adding mashed sprouted grains or other sources of enzymes. The pasting temperature of potatoes is about 66°C. Barley and wheat have a similar pasting temperature, so the pulpy potatoes must only be heated at 66°C. However, if a lower temperature is used, the potatoes should be chopped up more before pouring them into water.

Refined sugars and syrups can be used alone or added to starch-containing slurries to add additionally fermentable.

Pulping. There are many recipes for pulping, and it is easier to decide on a specific formula based on the particular ingredients available in your area. These essential recipes are fermented and distilled to yield about 19 liters of liquid.

Check the temperature to make sure it is between 66°C and 68°C.

Potato pulp recipe: Wash 9 kg of potatoes. Without peeling, boil these potatoes in a large pot until they are mushy, which takes about an hour. Pour off the water and mash the potatoes thoroughly by hand or with a processor. Pour the mashed potatoes into a large pot and add 19 to 23 liters of tap water. Add 0.9 kg of crushed barley malt or wheat malt and stir well. Cover with a lid and start every two hours. Cool overnight to 27°C to 29°C (longer cooling time also gives the maltase enzyme more time to break down the potato starch).

Corn pulp recipe: Make the same recipe as for the wheat pulp recipe, but use flaked, pre-gelatinized corn instead of flaked wheat. You can also sprout the corn for three days and then make the pulp without adding the sprouted grain. The roots of each corn should be about 5 cm long. Grown corn contains enzymes, which are formed during the sprouting process.

Fermentation is done in clean, sterile, open, or air-insulated containers over three to five days. Fermentation can also be done in containers that are not cleaned or sterilized to obtain a drinkable spirit by distillation. Still, such fermentation may produce some odd-tasting substances and more alcohol due to the action of unwanted molds and bacteria. Oxidizing cleaners such as B-Brite and sterilizers such as iodophor can be purchased at homebrew stores. Five gallons of 19-liter filtered pulp can be fermented in a 28-liter food-grade bucket or inside a 23-liter altar. The bucket should be covered with a lid, and the altar should be plugged with a drilled rubber stopper, but be careful not to completely cover or block the bucket or altar when using the lid and spigot. Otherwise, the pressure the carbon dioxide produces can cause an explosion. Therefore, an airlock can be attached to the cap or the drilled bung. The airlock allows the carbon dioxide to escape without letting air in. When using an open container for fermentation, place a piece of cotton cloth over the container to prevent bugs or other unwanted objects from falling in.

When the pulp is ready, use a fine sieve filter to strain the liquid from the pulp into a clean and sterilized fermentation vessel. Try to make a splash of juice to splash it over from a distance so it can be fully exposed to the air. Yeast needs air (oxygen) to start a quality fermentation when it first grows. This is because the yeast forms the fermented material into a porous form in the form of lipids by aerobic fermentation. However, oxygen is not needed after the initial growth stage because the yeast has to ferment in anaerobic conditions to produce alcohol.

If a sugar solution is used, the required answer is made from ordinary cane sugar in the same way as for making alcohol. Again, the key is splashed into the fermentation vessel from a distance to expose it to the air.

If fermenting with juice, the juice is poured through a sieve or filtered from a certain height into the fermentation vessel to expose it to the air.

Brewer's yeast will ferment cleanly, producing large amounts of alcohol (ethanol) and relatively small amounts of unwanted compounds such as non-ethanolic alcohols. The amount of yeast used depends on the specific brand or type of yeast. Nutrients may be contained in the yeast package. Yeast nutrients are needed when fermenting lower nutrient media, such as sugar solutions, but are used to ferment nutrient-rich media such as cereals, which also improve fermentation.

Collect the fermented liquid (mash). Aspirate the fermented alcoholic fluid (mash) into a clean, sterile vessel or distillation unit. Leave the yeast sediment in the fermentation vessel, as it will burn the yeast to death when heating the distillers. The aspirated mash can also be further cleared by filtration or other means before distillation.

The distillation process begins by heating the mash in the still. Depending on the distillation method, a gas stove, wood stove, or electric stove may be used. The ideal distillation temperature at sea level is approximately 78°C. The temperature must be kept below the boiling point of water (100°C at sea level). When the mash is heated, the alcohol and other substances begin to evaporate and then condense in the water-cooled area of the still. The liquid that starts to disappear from the still (called "head") is rich in harmful methanol. For a 19-liter mash, at least 57 g of the initial fraction should be discarded. [2] After this part is discarded, the collected fraction contains the required alcohol (ethanol), water, and some other compounds. This is called the "middle spirit ."If a distillation column with cooling water is used, the yield and purity of the fraction can be controlled by the water flow during this period. Two or three teaspoons of fractions per minute can be collected. Increasing the fraction yield will reduce its purity. At the end of the distillation process, a "cocktail" is ordered. The end spirit may not be excellent and can be discarded.

The distillate can be redistilled if desired. This increases the alcohol content and further purifies the fraction. High purity vodka usually requires more than three redistillations of the fraction.

Bottling the vodka. Bottle using gravity filling equipment and then cork or cap the bottle. If desired, apply a custom label. Some gravity fillers may have a 28-liter bottling bucket (with faucet), vinyl tubing, and a simple spring-loaded filler. Multi-faucet wine bottle fillers are also available.

Be sure to discard only about 5% of the fraction started! It may contain a very high concentration of all impurities lower than ethanol's boiling point. Drinking this fraction can lead to blindness or death.

The fermentation unit can generate pressure which can lead to an explosion. Distillation units are usually not airtight, creating a high-pressure system and not developing pressure.

Mainly because of the explosive nature of alcohol, heating distillation equipment with an open flame or other means can cause bodily injury and an explosion. Leaking stills or different situations where wine or alcohol vapors are exposed to an open flame can easily lead to explosions and fires. For safety reasons, it is best not to distill alcohol in your home.

In many countries, including the United Kingdom and the United States, it is illegal to distill alcohol for drinking without a government permit. It is legal to drink homemade vodka in New Zealand but illegal to sell.

Alcohol is flammable and potentially toxic.

In many areas, it is illegal to produce and consume alcohol under the age of 21.