The application of the distillation process is crucial in the production of spirits and is an essential means of alcohol purification. The purpose of distillation is to separate the alcohol from the liquor, the main component of which is water. The principle of increasing the alcohol content of the liquor is that the boiling point of ethanol (cooking alcohol) (78.3°C) is lower than the boiling point of water (100°C). After the alcohol solution is heated, it is boiled, collected, and cooled to concentrate into liquor with higher alcohol content. A large amount of water in the fermented liquor and solids, color, sugar, and most acids remains mainly in the residual liquid. There are two widely used distillation methods, column distillation, and pot distillation. 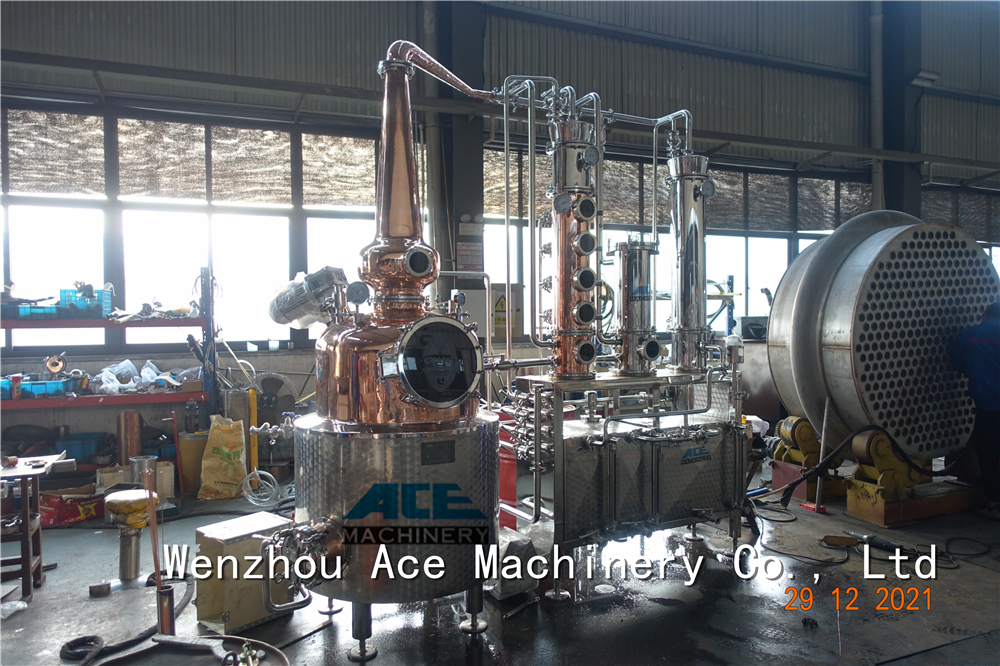 Pot still is the oldest and simplest distillation equipment. The still is a pot-shaped vessel, usually made of copper, which holds the base spirit. When the spirit is heated, the alcohol evaporates into vapor, which rises to the neck tube of the still, which extends from the top of the pot like a chimney. From the neck tube, the vapors enter a condenser, where they are cooled by cold water and turned into a solution. This new liquor has a higher alcoholic content than the original liquor. However, the pot still only increases the alcoholic strength of the liquor in relatively small amounts, so several successive distillations are required to obtain a sufficiently concentrated liquor from the alcoholic solution. 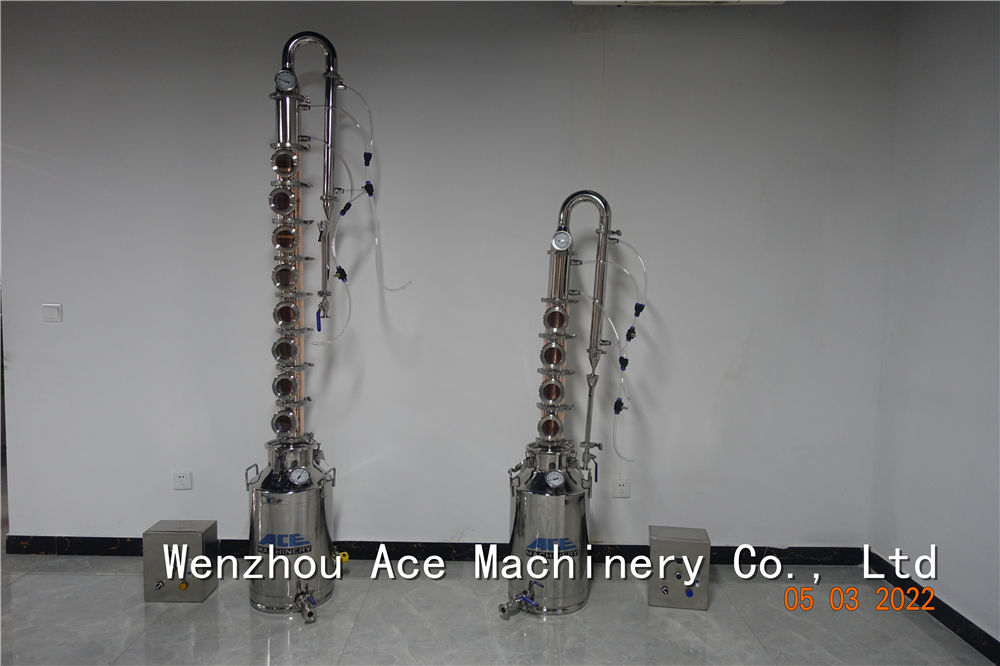 Column stills are very tall, vertically structured column vessels. The interior of all column stills is divided into several layers, each of which is called a "tray." These plates have many holes that allow the liquor and the steam to flow freely up and down inside the still, where the liquor is heated and turned into moisture that enters the still.

Once the stills are started, the alcohol vapor flows up the stills. The vapors are liquefied at each layer, creating a liquid layer in each dish. The rising smoke is forced to boil as it passes through this layer of liquid, which in turn causes the vapor to pass through the previous layer of plates and flow upward again. Each layer undergoes this mini-type of distillation, and then a succession of layers are distilled upwards. As each layer is filtered, the alcohol concentration increases. Thus, the column can still distill nearly pure ethanol if there are enough layers. Column stills can be operated continuously and with very high efficiency, which means new liquors can be constantly produced.

3. The influence of different distillation processes on the style of spirits

The choice of distiller at each stage of spirits making can affect the final taste and style of a spirit, and it can affect the category to which the spirit belongs. Generally speaking, spirits made in pot stills are lower in alcohol, contain impurities, and are very coarse in taste, requiring barrel maturation or charcoal filtration to soften the spirit but with more aroma. Spirits made in column stills, on the other hand, have a higher alcohol content, and their smells and characteristics are remarkably unmistakable. However, when the alcohol is reduced to the standard bottling strength of around 40% (usually diluted with water), the spirit is relatively smooth and can be bottled directly and served without further aging.

Spirits made in pot stills include Cognac, Malt Whiskey, London Dry Gin, and Tequila. And spirits made with column stills have grain whiskey  and others. Spirits that can be both pot-distilled and column-distilled include Armagnac (most use tower stills), Irish Whiskey , and bourbon whiskey , rum, and tequila.