what is a pasteurizer machine

Pasteurization came about as a result of Pasteur's efforts to solve the problem of beer becoming sour after it was brewed. At the time, the French brewing industry was faced with the headache of a beer that turned sour after it was brewed, making it undrinkable. And this sourness was a frequent occurrence. Pasteur was invited to study the problem. After a long period of observation, he found that the culprit for making beer sour is lactobacillus. Nutrient-rich beer is simply a haven for lactobacilli to grow. The simple method of boiling could kill the lactobacillus, but then the beer would be spoiled. Pasteur tried to use different temperatures to kill lactobacilli without destroying the beer itself. Finally, Pasteur's findings were that heating the beer at 50-60 degrees Celsius for half an hour would kill the lactobacilli and bacilli in the beer without having to boil it. This method saved the French brewing industry. This method of sterilization became known as the "pasteurization" method. 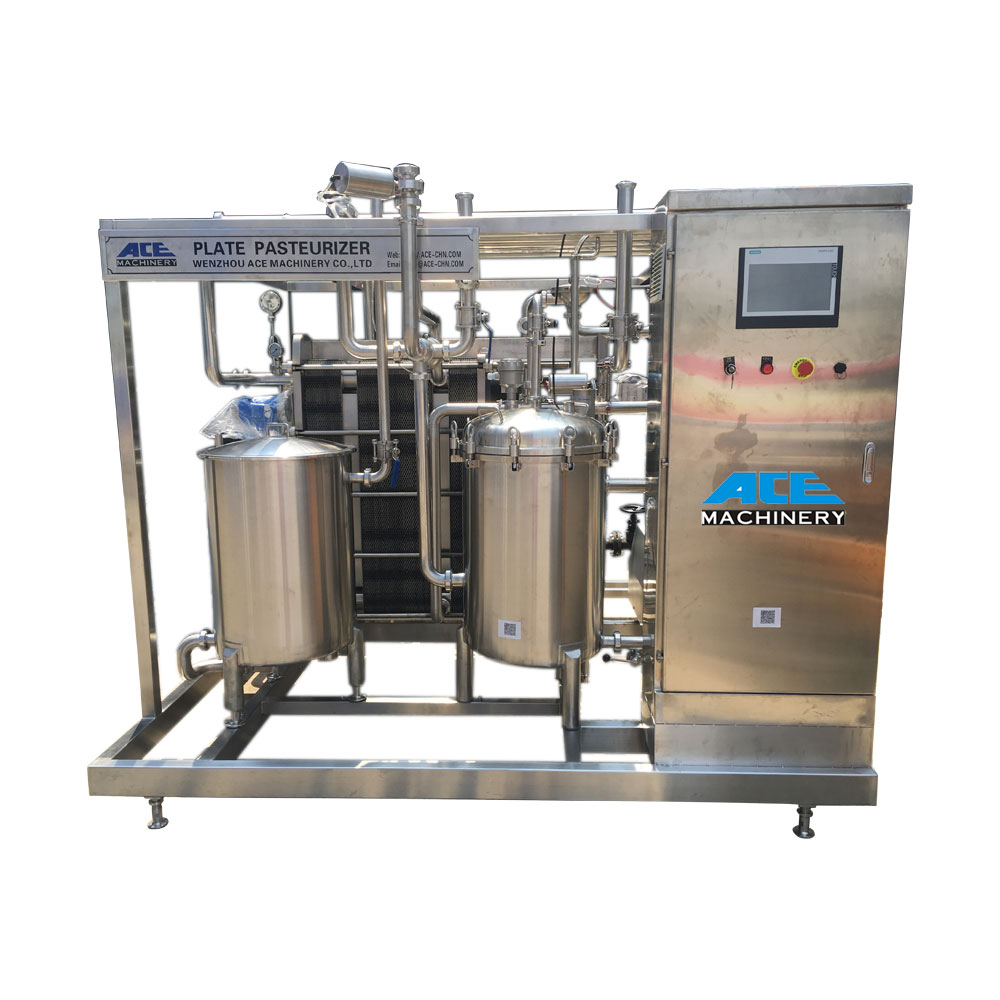 Pasteurized milk should be stored at a temperature of about 4°C and can only be kept for 3 to 10 days, up to 16 days.

There are a wide variety of pasteurization procedures in use today. The "Low Temperature Long Time" (LTLT) process is an intermittent process that is used today only by small dairies to produce some cheese products. The "High Temperature Short Time" (HTST) process is a "flow" process, usually in a plate heat exchanger, and is widely used today in the production of drinking milk. The product obtained in this way is not sterile, i.e., it still contains microorganisms and requires refrigeration during storage and handling. "Rapid pasteurization" is mainly used in the production of yogurt dairy products. There are two main types of pasteurization methods in common use internationally.

One is to heat the milk to 62~65°C and keep it for 30 minutes. This method can kill all kinds of growing pathogenic bacteria in milk, and the sterilization efficiency can reach 97.3%~99.9%, after sterilization, only part of the residual thermophilic and heat-resistant bacteria and bacterium, but most of these bacteria are lactic acid bacteria, which are not only harmless but also beneficial to health.

The second method heats the milk to 75~90℃ and keeps it warm for 15~16 seconds, its sterilization time is shorter and more efficient. However, the basic principle of sterilization is that the pathogenic bacteria can be killed, the temperature is too high but there will be more nutritional loss.

In the second half of 1996, the first bottom-tank pasteurizer was assembled (it was officially put into operation in June 1997). It pioneered a completely new structure for pasteurizers, reducing the volume of water in the area to a minimum, equipped with a buffer system that optimizes the allocation of cold and heat energy, and does not use any valves.

The principle of the bottom tank sterilizer embodies the single heat exchanger concept and allows the centralized heat exchanger supply system to be fully utilized. The design is based on a universal modular construction, using standard manufacturing methods, and can also be adapted for individual zones. This specification and flexibility is of great benefit not only to Zander Hansen but also to the user, reducing manufacturing, delivery and installation times.

The bottom tank pasteurizer is the main model of the centralized heat exchange supply system and can fully demonstrate the excellent performance of the pasteurization unit control - all theoretical indicators are met here. Only in the absence of other possibilities, the clean water in the overflow system is used, so that the water consumption can be reduced by 35% to 40% compared to conventional pasteurizers. The bottom tank pasteurizer uses an automatic filter belt instead of the traditional manual double sieve, which strengthens the machine and simplifies its structure.

Usually, milk in bags sold in the market is produced by pasteurization. The factory picks up fresh milk, processes it at low temperature, and then sterilizes it by pasteurization. The bagged milk produced by this method can usually be kept for a longer period of time. Of course, the specific treatment process and process is much more complicated, but the general principle is this.

It is important to point out that drinking fresh milk (meaning freshly squeezed milk) is instead unsafe because it may contain bacteria that are harmful to our bodies. Another point is that pasteurization is not a panacea, as pasteurized milk still has to be stored at a lower temperature (generally <4°C), otherwise there is still the possibility of spoilage. Therefore many of the methods used to sell bagged milk on the market are very unregulated.

Pasteurized milk is the most consumed variety of milk in the world. The consumption of pasteurized milk in the United Kingdom, Australia, the United States, Canada and other countries accounts for more than 80% of liquid milk, with varieties of fully skimmed, semi-skimmed or full fat. In the U.S. market, the actual milk is almost exclusively pasteurized and in large packages (1 liter, 2 liters, 1 gallon), and people go to the supermarket once to buy enough fresh milk to drink for a week. There is very little sterilized pure milk for sale in the market, and some small towns can't buy it at all.

Pasteurized plain milk better preserves the nutrition and natural flavor of milk and is one of the best of all milk varieties. In fact, as long as pasteurized milk is kept at a temperature of about 4°C, the reproduction of bacteria is very slow and the nutrition and flavor of the milk can remain unchanged for a few days

Pasteurizers on the market are mainly used for commercial purposes, while pasteurization is also a common international standard for sterilization, and is used in many large enterprises, where pure milk other flavors of yogurt on the market are pasteurized. At any time the development of green health food, pasteurization machine in many small dairy farms are used, small dairy farms use are very 100 liters or 200 liters, mainly to produce fresh pure milk, to the market distribution. Pasteurizers are equipped with a cold water circulation system, there are usually two types of refrigeration, one is: compressor refrigeration, this type of refrigeration is fast and effective, but also a type of refrigeration is the cold water circulation refrigeration, mainly using physical cooling method, will be much lower cost to speak.