Ale vs Lager: The Battle of the Beers

Beer is humanity's oldest alcoholic beverage and is the third most consumed beverage in the world after water and tea. Beer is generally classified into ale (beer) and lager. 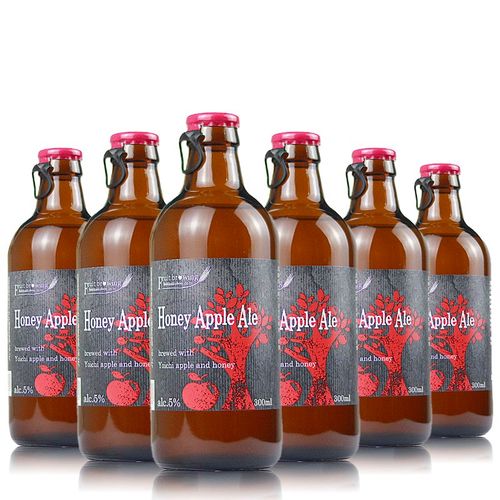 Lager: From the German word for "storage," this is a beer fermented with yeast at the bottom of a barrel and then stored at low temperatures. Underbarrel fermentation, as the name implies, means that the yeast sinks below the wort during fermentation. The fermentation temperature is usually between 10-12 degrees Celsius. Common ones are: Pilsner, American Lager, Bock, etc. Most focus on refreshment and malt aroma; some unique lagers also have fruit or nut aroma and are characterized by short fermentation time, high yield, high efficiency, and ease of controlling the consistency of taste.

Craft beer mainly comes from the upper fermentation ale process, which will retain more complex aromas than regular beer (lager), especially some unique banana-like aromas. Craft beer is a higher level of pursuit for people for beer. Therefore, craft beer is much higher than the price of ordinary beer, but even though craft beer is still very much recognized by the market and loved by digesters.

But many people can not distinguish between lager beer and craft beer, as detailed below.

The taste of lager beer is more smooth and delicious as well as refreshing and crisp because the yeast used in lager beer is sunk in the bottom of the fermentation mash, most of which is the original taste of wheat and barley, so the flavor is more pure and simple.

Craft beer has a lot of complex aromas, such as nuts and fruits. It tastes rich and full-bodied because the yeast layer formed during fermentation produces esters with various scents and flavors.

Lager beer is brewed through a complex process of crushing, saccharification, pasteurization, wort filtration, high-temperature boiling, adding hops, clarification, cooling, yeast fermentation, and so on to let the yeast reflect the best activity; it will use low temperature to cultivate.

Lager is brewed with pasteurized yeast, which has the advantage of lower cost and longer shelf life after brewing.

Craft beer brewing uses brewer's yeast, which has a strong aroma and rich protein and will have a unique smell after fermentation, but the cost of production is higher.

Lager beer is brewed with malt, hops, yeast, and water, but more raw materials such as rice, corn, and starch are used instead of malt to pursue cost. This produces a beer with a low concentration of wort and a light taste.

1. Helps digestion of the stomach and intestines. The alcohol content of craft beer is low compared to other alcoholic beverages, only 2% to 7.5%. The main components of beer contain malted barley, ethanol, hops (a perennial herbaceous trailing plant, Hop), polyphenolic substances, and water. Among them, the proteins in barley are catalyzed to produce 17 nutrients, eight of which are essential substances that the human body cannot synthesize; therefore, beer has a carbohydrate-to-protein ratio of 15:1, which is in line with human nutritional balance.

2. Helps to wake up and relieve tense emotions. Beer contains many organic acids, which can effectively refresh you when you feel mentally unwell! Drinking in moderation can help you relieve tension and promote muscle relaxation, so you can once again smile calmly and face the challenges. So, the next time your mood turns blue, take a sip of beer while saying CheerUp for yourself!

3, rich in a variety of amino acids, amino acids not only provide the body with critical raw materials for the synthesis of protein but also promote growth, slow down the aging process, regulate metabolism, and maintain life

5. It contains a sufficient amount of biologically active substances - polyphenols, which is so high that it is comparable to the polyphenol content in tea. Polyphenols for preventing and inhibiting the cardiovascular disease, cancer, etc., have a significant therapeutic effect. In addition, polyphenols can also effectively remove excess free radicals in the body and can play a role in anti-aging, beauty, and skincare

If you need Beer fermentation equipment please contact us.