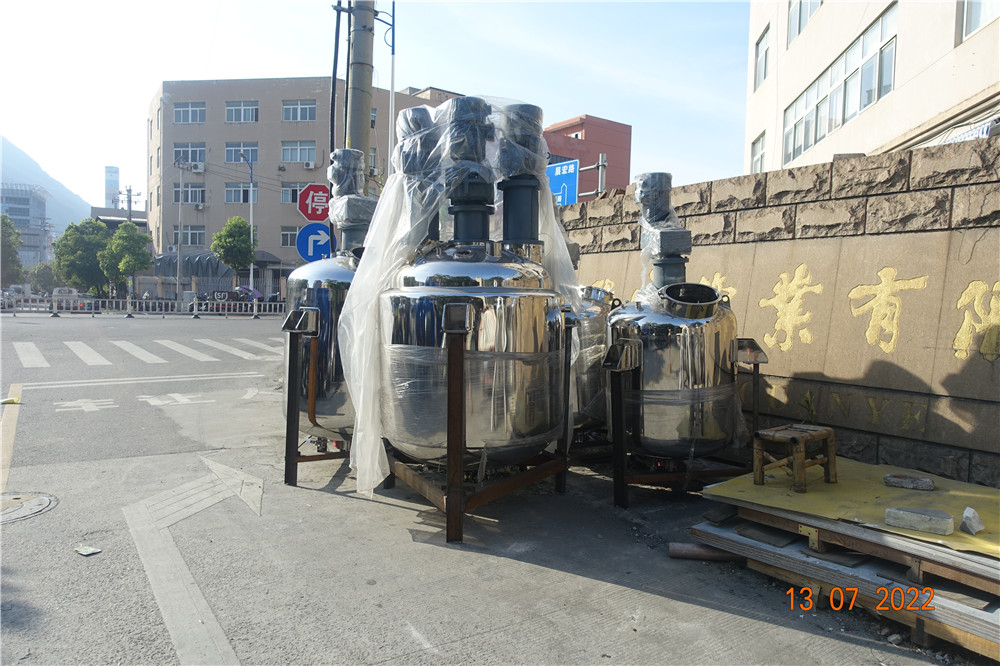 In the electrode manufacturing of lithium-ion batteries, the positive electrode slurry consists of a binder, conductive agent, cathode material, etc.; the negative electrode slurry consists of a binder, graphite carbon powder, etc. Preparing positive and negative pastes includes a series of processes such as mixing, dissolving, and dispersing between liquid and liquid, liquid and solid materials. The process is accompanied by changes in temperature, viscosity, and environment. In the positive and negative electrode slurry, the dispersion and uniformity of the granular active material directly affect the movement of lithium ions between the two electrodes of the battery, so the mixing and distribution of the slurry of each electrode material are crucial in the production of lithium-ion batteries.

The traditional slurry process is.

a) The mixing ratio and weighing of PVDF (or CMC) and solvent NMP (or deionized water).

b) Stirring time, stirring frequency, and the number of solution times (and the key's surface temperature).

a) Weighing and mixing to monitor whether the mixing ratio and quantity are correct.

The following tests are performed on the slurry and mixer: solid content, viscosity, mixer fineness, vibration density, and slurry density.

Ultra-fine dispersion in the traditional process is because: through the conventional mixing and stirring equipment, only the solution can be broken up and uniform distribution of large powder clusters; however, the powder form is stored in the key in the form of micro-fine powder clusters, only to meet the macro-dispersion processing requirements.

The mixing and dispersion process of lithium-ion battery slurry can be divided into macroscopic mixing and microscopic dispersion processes, which will always accompany the whole process of lithium-ion battery slurry preparation. And according to the impeller shear-circulation characteristics of the traditional method, the role of the impeller can be divided into two categories; the first is the light effect on the vicinity of the impeller; the second is the circulation effect through the flow of the impeller pump out. The further dispersing action of the slurry mainly relies on the shearing action of the impeller, and the impeller's flow rate determines the impeller's ability to disperse. In the area far from the end of the impeller, there will always be a layer of slurry that is always stagnant; this area is often called the "dead zone" the more significant the working area of the dispersion equipment, and the higher the viscosity of the slurry, the more prominent the problem of "dead zone," even if they use of Even if different impellers and structures are used, the dead zone is still challenging to avoid. Therefore, in the lithium-ion battery slurry preparation process, the resulting slurry products will have a series of problems such as uneven mixing and dispersion, inconsistent contact between powder particles and binder, easy delamination, and hard precipitation. The rheology of the slurry is very complex. A slurry may behave as Newtonian fluid or pseudoplastic fluid at low concentration, as Bingham fluid after flocculation at higher concentration, and as swelling plastic fluid at higher concentration.

In ultra-sheer dispersion equipment, the energy acting on the liquid is generally quite concentrated, which allows the liquid to receive a high energy density. The type and intensity of the introduced energy must be sufficient to effectively and uniformly disperse the dispersed phase particles. The essence of uniform dispersion is to make the material in the dispersed phase (solid particles, liquid droplets, etc.) by the hydrodynamic shear and pressure effect of breaking and distribution.

Liquid material dispersion system in the solid dispersed phase particles or droplets broken dispersion is the direct cause of shear and pressure joint action. The specific hydrodynamic effects of shear and anxiety are caused by three main effects: the laminar effect, turbulence effect, and cavitation effect. The role of the laminar impact is to drive the shear and elongation of the solid dispersed phase particles or droplets; the part of the turbulent effect is to cause the random deformation of the solid dispersed phase particles or droplets under the action of pressure fluctuations, while the role of the cavity effect is to drive the formation of tiny bubbles to break instantaneously to generate shock waves and cause violent stirring.

To sum up, the dispersion mechanism of the material in the super-shear dispersion equipment is relatively complex, mainly with the shear effect playing a leading role and other roles as a supplement. The slurry material is repeatedly compressed under the action of a high-frequency pressure wave. At the same time, it is strongly affected by the shearing force and gyratory shearing force in the narrow gap of the ultra-sheer dispersion equipment.

If you need lithium battery mixing equipment please contact us