What is the difference between emulsion tank and mixing tank

It is not the same principle. The mixing tank is slow, and the emulsification tank is a fast mixing equipment

The number of revolutions of the emulsifying head is 2800 / revolution per minute, and the mixing tank is 35 revolutions per minute (frequency converter can also be added for speed regulation according to the demand). The emulsifying machine generally needs to be used with a mixing paddle. Emulsification has the effect of shearing and mixing, and mixing can only be mixed (the homogenization effect is not ideal). 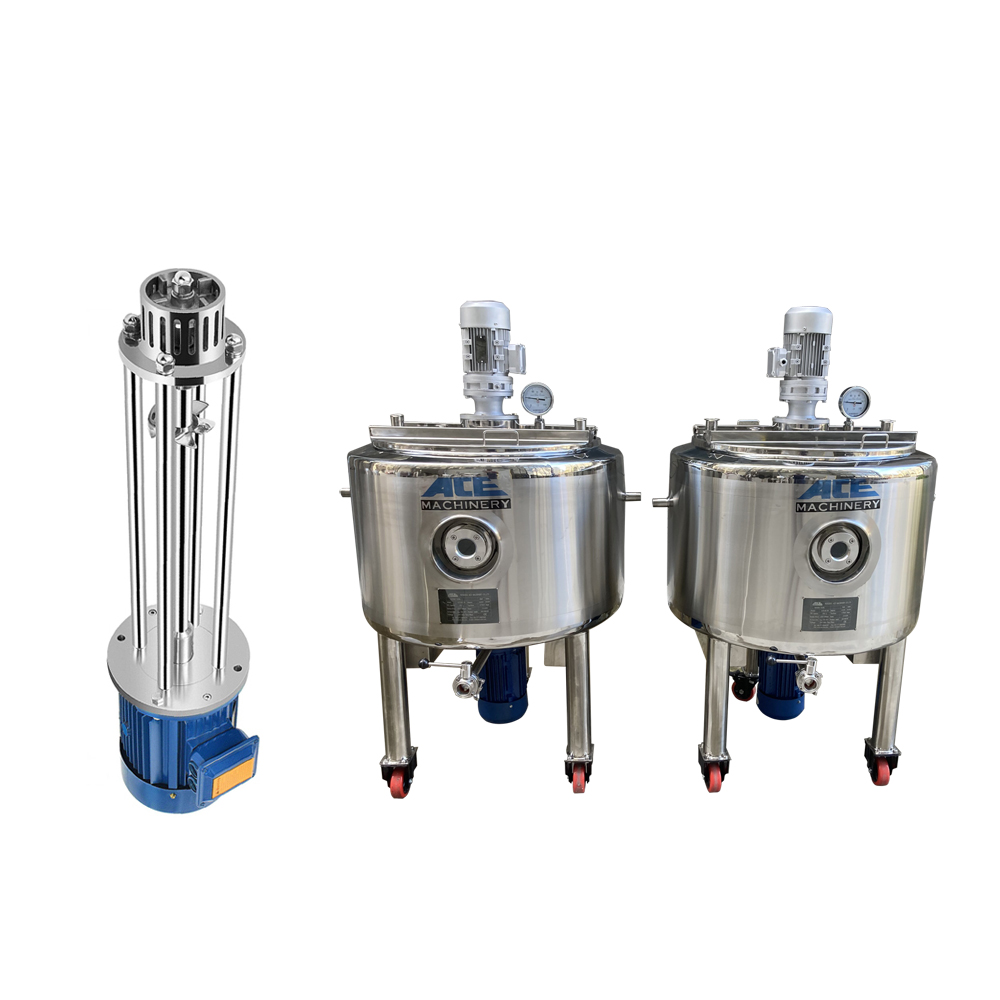 For example, when water and powder are mixed, and the specific gravity of powder is more than that of water, the material may agglomerate, and the two cannot be separated and fully stirred at a slow speed. In this case, the use effect of emulsifying head will be better