How to Make Whiskey 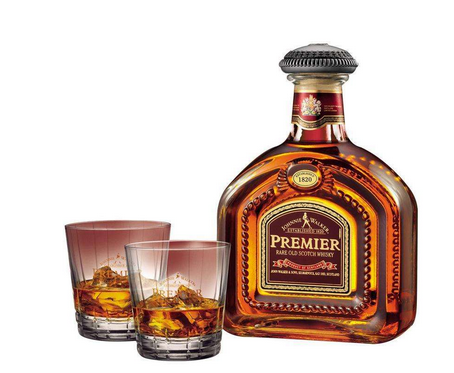 What is whiskey brewing?

Water, rye, and yeast are essential ingredients for making whisky. Many distilleries in Scotland have their wheat fields or fixed cooperation with wheat farmers to "Royal Salute" this whisky, for example, the primary use of Optic, Prisma, Chalice three kinds of barley. However, the barley variety is not an essential factor in determining the quality of the spirit; a good distillery will select the highest starch of quality barley to make whisky and will not always believe in a single variety.

After the selection of quality barley, then the "malting" process, that is, the process of turning "barley" into "malt." The barley is first placed in water until it germinates (about four to five days). During the germination process, the starch is gradually converted to sugar; then, the barley is inhibited from continuing to germinate through the roasting process. After the saccharification process, the barley becomes darker in color and more complex. It should be noted that the drying process, because of the use of clay coals or not, obviously affects the flavor of whisky.

Pour the malt that has been ground into mash into a unique wooden barrel and add boiling water to stir. The malt flour is dissolved in the boiling water to accelerate the release of sugar. Then, it enters the fermentation stage. Two days after adding yeast, the wort will ferment to 8 degrees, and this first fermented wort already has the shape of a beer.

After fermentation, the "distillation" step follows. After the beer juice is introduced into the still, it can make the quality of alcohol more pure and purified. Scotch whisky distillery stills are mostly made of red copper, two pairs. Usually, the long-necked stills will distill a lighter, multi-layered taste of the liquid; short-necked stills' distillation of the liquid flavor is more heavy and straightforward.

After the original spirit's second distillation already has the whisky prototype, the alcohol is raised to 68 degrees.

Finally, it is a long aging process.

The cradle of the "water of life" - oak barrels, is one of the keys to determining the taste of whisky. Some of the "water of life" is put into sherry barrels with an intense fruit aroma, and some into bourbon barrels with a sweet vanilla flavor; finally, the bartender will decide the best percentage of whisky taken from bourbon and sherry barrels for blending.

Scotch Whisky FlavorThe most sought-after Scotch whisky has the typical spicy smokiness, strong peat, and distinctive seawater flavor. In the earliest days, whisky was made from malt until after 1860, when it was blended, and so in addition to single malt whisky, there were blended whiskies, including the famous Chivas Regal, Johnnie Walker, etc.

Also, Scotch whisky, depending on the region, can be subdivided into the Lowlands (Lowlands), Highlands (Highlands), Speyside Valley (Speyside), and Islay (Islay). The wines produced in the Highlands are also different because of the water source, geology, and winemaking process. There are subtle variations, with some having a heavy peat flavor and others being fruity and bright.

The Speyside Valley and Islay are the two most respected regions for whisky fans today. The former is one of the world's most densely distributed whisky distilleries. The whiskies from this region are known for their elegance, sweetness, and complexity of aromas, often with fruit, flowers, green leaves, honey-like notes, and sometimes a strong peat flavor.

Islay produces hundreds of high-quality single malts with widely varying flavors, and one of the most prestigious is Laphroaig. Michael Jackson, author of "The Global Whisky Guide," describes this spirit as "warming rottenness with a mixture of sulfur and asphalt on the nose.

The difference between brandy and whiskey drinking

Whiskey should be drunk with ice and soda so that it is not so strong and has a calmer taste. Soda makes the spirit produce a lot of carbon dioxide gas; when you drink it, the cold booze rushes out of your nose. It is similar to the feeling of burping after drinking a full glass of cold beer. However, the gas burped out is much more pleasant than beer burps.

Brandy is the opposite of whiskey. Not only should you drink it with ice, but you should also warm it slightly. To drink brandy, you have to use a particular size of a tall glass. Each time the wine poured into the mirror, only about an ounce. A simple test is to run the tall glass with the wine, the wine flush with the lower mouth of the glass and not overflowing as just right.

The benefits of drinking whiskey

People's life is getting better and better at the same time, the quality of life requirements are getting higher and higher, the daily, people will drink when they meet and chat, or at a birthday party, on different occasions to drink different kinds of alcohol, in China, most people like to drink white wine or beer, for wine and so on, not too many people want to drink. However, foreign alcohol people are not used to it because of its novelty; there are still Many more enthusiastic young people.

Now urban life, more people are willing to try more novel things that will give people different feelings and emotions; in life, everyone more or less will drink, then whiskey, a relatively new kind of alcohol, in supermarkets or bars, can be seen, but you know whiskey?

Whiskey was known as the "water of life" when it appeared as imported red wine and was even once regarded as the secret recipe for immortality. In the 16th century in Scotland, the production of whisky was still deficient; people treated this liquid attitude only as a kind of cold medicine to ward off. And its medicinal value against colds and flu has not been passed down. The Sprigging is the long-standing claim that "whisky is effective against all flu symptoms."

In cold Scotland, there is a traditional whisky recipe called HotToddy, the mainstream method of blending most of the Scotch whisky as the base, mixed with lemon juice and honey, and then according to the needs and preferences of each person, adding brown sugar, cinnamon, and finally mixed with hot water. Of course, it is not so much a recipe as a remedy because the locals confirm that it can get rid of cold and cure a slight cold. But this remedy is much more acceptable than the usual remedy. Whiskey can prevent cancer Whiskey can not only prevent colds, but imported wine can also fight cancer. According to reports, it is known that red wine can be beneficial to health because of the presence of antioxidants, and the content of antioxidants in single malt whiskey is higher than that of red wine. However, many experts question this because drinkers consume a lot of antioxidants and alcohol. Of course, a little whiskey in moderation or a good choice.

So, drinking too much wine is hazardous to health, but the appropriate drinking, the body still has certain benefits; in the case of wine, you need to make a particular understanding of this after drinking up words will be more healthy in life, we see too many kinds of wine, but must remember that drinking hurts the liver, must be less O drink, and to be in the right situation, to protect their bodies is the best thing is that only a strong body can be healthy and happy every day.